Dissociation Revealed and Healed in Scripture 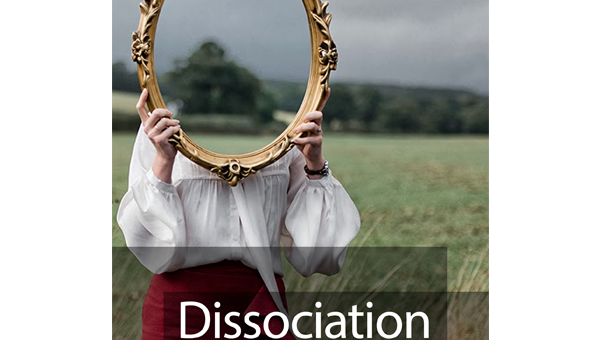 If you are interested in understanding how dissociation works or want to see it in Scripture, you will find this book to be most enlightening and rewarding. When we are able to see beneath the surface of the Word by viewing all persons and circumstances as representing something within the human psyche, then the Word begins to open its secrets to us.

In Genesis Chapter 38 there is a strange story about Judah and his illicit association with Tamar, his daughter-in-law who posed as a prostitute. The fruit of their immoral union became an ancestor of the Lord Jesus Christ. This bizarre story, when viewed inwardly with men being the understanding or certain minds and women being certain principles, reveals another story depicting what happens during dissociation and how God deals with it.

This story begins shortly after Judah and his brothers sold Joseph into slavery in Egypt. They lied to their father, Jacob, causing him to believe Joseph was dead. Judah’s father mourned continually and would not be comforted over the loss of his beloved son. As we review a little of Judah’s family history, I would like us to use our imaginations to think what Judah must have felt and thought. We don’t see everything about this written in the Word, but there are universal principles regarding the basic emotional needs of human beings and family relationships that we can assume affected Judah too.

There had been many difficulties in Judah’s family. Rachel, one of Jacob’s wives, had died in childbirth while delivering Judah’s younger brother, Benjamin. Jacob had four wives and thirteen children all wanting his attention. One son, Joseph, was obviously his father’s favorite. All the sons were jealous of Joseph. Even God seemed to favor Joseph by giving him dreams in which the rest of the family bowed down to him! Judah’s sister, Dinah, had been raped by a Hivite, one of the people of the land with whom they were forbidden to intermarry. His brothers had tricked the Hivite men into circumcising themselves with the false promise that then they could intermarry with the Hebrews. While the men were still sore from their circumcisions, some of his brothers murdered them and plundered their homes. And as if that weren’t enough, Reuben, one of Judah’s brothers committed incest with one his father’s wives!

Judah thought he would be glad that Joseph was gone, but the sight of his father mourning and the guilt he felt over his complicity in the kidnapping was more than he could bear. He had always wanted his father’s love and attention, but it seemed Jacob was always busy, and when he had time to dote on one of his children, it was Joseph who received most of his affection. Now his father’s irreconcilable grief seemed like abandonment. Judah had had all he could take. Judah handled the situation by leaving.

This is a story much like family life today. Dad may not have four wives, but many loves (sports, TV, job, etc.) steal his attention away from his family…if he stays with them. Very often dad leaves home for another woman (or man) and the children are left feeling abandoned, neglected and filled with shame. The only way they know to bear their pain is to leave…in their mind. They dissociate…and some even use drugs and alcohol to help cope. As we examine Genesis 38 with an inward application, we will see that it is very up-to-date for our world today. Many will be able to identity with Judah’s plight. This revelation of dissociation is for the end times, for those who will be pressing into the fullness of Christ to become the pure spotless bride. Judah represents the True Self in a believer living in the end times who dissociates in his attempts to deal with his inner turmoil. He eventually finds a relationship with Jesus Christ and overcomes his dividedness to come into the full stature of the Lord Jesus Christ. In my usage of the term “dissociation” I am not necessarily meaning the full blown dissociation of parts as seen in the lives of those who have been severely abused, but the disconnect within most, if not all people, that keeps us separated from our True Self.  When we don’t know our True Self, we can’t know God, for only the True Self is able to have an authentic relationship with Him. The Holy Spirit will show us in Genesis 38 how we lost our True Self and how to find it. It is the deepest desire in the heart of Father God that He have a vast family of sons and daughters just like Jesus, but this is only possible when we relate to Him authentically from our True Self which He will help us find.

Book may be purchased on Amazon or here: http://hispresenceonline.org/dissociation/dissociation-revealed-healed-scripture-newest-book/