Does God Really Know Our Thoughts? 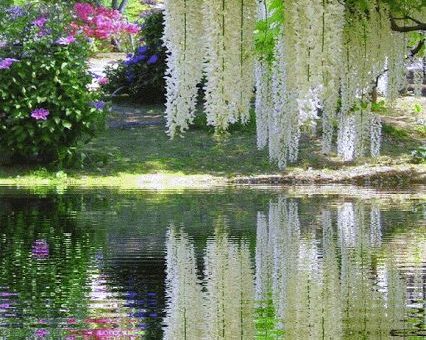 It is my intention in the next few articles to share some things God has done in the lives of my husband and me, supernatural things, that greatly encouraged us and served to bolster our faith for traversing the difficult times that would come in our lives. It is my sincere hope that these shared accounts of God’s glorious providence will serve to encourage others and help them build sustaining faith for the difficult days that lie ahead. I truly believe that in the days ahead we will see more bad before we see the good. Nevertheless our hope is in the reality that God’s kingdom is coming on earth as it is in heaven. I believe the best preparation is spiritual because God is shaking things and he has assured us that the only things left standing will be what are rooted and grounded in him.

In the 1970s there was a great outpouring of the Holy Spirit which was evidenced by a deep hunger for God in the hearts of many people. People who wanted more of God were praying for and receiving the baptism of the Holy Spirit. Most of the denominational churches didn’t believe in this so people with this hunger were mostly staying in their churches but going to other places where believers were gathering just to worship God freely and experience the gifts of the Holy Spirit such as prophecy, tongues and interpretation, physical healings, etc.

My husband and I were part of these people who were hungering for God. This experience I am about to relate here occurred in 1972. We had gone to one of these gatherings attended by people from many churches. Not everyone there was a believer as some were just there to observe. We had been baptized in the Holy Spirit with the evidence of speaking in tongues a few months prior to this time. This particular meeting was held in a courtroom in Indianapolis. It was evening and all the workers had gone home, but a judge had opened up his court for this gathering.

At one point during the service, the man leading the service said something like, “I want everyone to greet the people around you and tell them you love them and give them a big hug.” I looked at the people around me and I thought, “I don’t love these people and I don’t want to hug them either.” Absolutely no one knew my thoughts as I never verbalized them to anyone. I knew, though, at the time that this was not the attitude God would want me to have.

The next night there was a gathering of around a dozen people in our living room. We were all on our knees praying. There was a prophet named Wayne in our midst. Wayne was our friend at the time and remained our friend for many years after this. (He has since gone to be with Jesus.) He had the gift of tongues with interpretation of tongues. He would go around the room on his knees, lay hands on each person, and prophesy. He was praying in tongues the whole time, as were we, but when he got ready to prophesy, his prayer language would change and sound like Chinese or Russian or something quite different from his usual prayer language. And then he would speak God’s words to us in English.

So in this particular meeting in our home the night after we had been in the courtroom worship meeting, Wayne came over to me, laid his hand on my shoulder and when his prayer language changed, I knew I was going to get a word from the Lord. Then the following words came out of his mouth as he said, “My daughter, you think that you do not have love, but I say to you that the day will come when you will love, and when you do, you will know it is not your love but my love flowing through you.”

I had not told one single person my thoughts at the praise gathering the previous night. Only God knew what I was thinking. This prophecy was God himself speaking to me. There was no other explanation than that, and the words he spoke over me that night came true.

A few years later, somewhere around 1980, we had gone through a church split and were left with a very small congregation. Most of these people had humungous problems and you could say they were people who had experienced rejection many times over. They were not the kind of people others flocked to be around, but these were the ones God had brought to us to love and nurture, and they had faithful hearts.

At that time I came to the realization that I loved these people. It seemed strange because they were not people I would have sought out for friendship, but one morning as I looked around at these people and felt love for them, I realized the love I felt was not my love, it was God’s love flowing through me. I remembered the words of the prophet and knew they had come true. How God did that I do not know, but he had done a work in me. And you know what? It feels good to love people. There is great joy in loving others, probably because when we do we are experiencing Jesus Christ within us and that always feels really good.