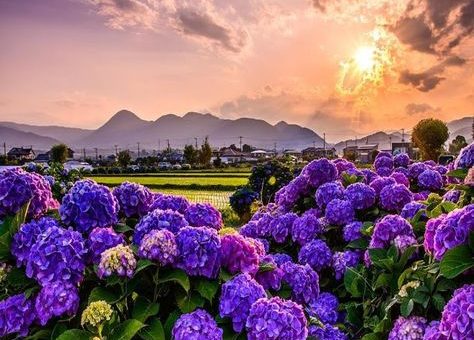 (This is third in a series regarding ways God has made himself known to us. These are being offered on this website in hopes that these accounts will be an encouragement to many who are now struggling and wondering where God is in all their trials. May these testimonies increase the faith of our readers to know God is right where you are and he knows all your needs. He loves you and wants you to seek him more so he can reveal himself to you in greater measure.)

Jesus has revealed himself to us in more ways than I could count. However, one of the main ways we have experienced his miracles has been through financial difficulties. When God called us into ministry he said he would provide for our every need. We were not to make our financial needs known or ask money of anyone.

We knew from experience not to use charge cards. In the mid-1970s we had run up a credit card debt and there was no way we could get out from under it. As I remember it, two-thirds of our payment went to interest and one third towards the actual debt. There was no way we could get out of that situation because we barely made enough to pay for our basic needs. However we owned a small home. We were called to minister in another town and sold the house. The equity in that house was enough to pay off the credit card debt and have a little left over. At that point we determined we would never use a credit card in that way ever again—and we never have.

In 1985 we were asked to go to Newark, Ohio to minister to a group of about fifteen people meeting in one room of a local school. As soon as that call came, I began praying about where we would live. I asked the Lord for a house to live in that would be far off the road so our dog, who was used to her freedom, would not get run over. I asked for three bedrooms and at least one and half baths with a place for a garden and woods where we could pick blackberries, and could we please have this for not more than $250 a month. (At the time that was about half of what one would pay for an apartment.)

At our first meeting with this little church, we met a lady who suggested we could live in a new doublewide on a 200 acre farm owned by her father-in-law. He was a millionaire who didn’t really need more money; he just wanted someone to keep the house up and discourage vandalism. And he only wanted $200 a month—and there were two full bathrooms with one off the master bedroom with two sinks, a garden tub, shower and walk-in closet! Far more than I ever imagined.

We and our two teenage daughters moved into that doublewide in June and had the most wonderful few months exploring the woods and fields on the property—and picking blackberries and black raspberries. It was a favorite activity of our family to pick berries together, come back to the house and make cobbler—and eat it right then. Also I had a little vegetable garden. It was a wonderful time for us all.

However as the inevitability of winter began to close in on us, we realized there was no heating oil in the fuel tank and we didn’t have the money to buy any. As you can imagine, a family of four living on what just a few families could give was not easy. My husband, Stoner, tried to find a job but apparently all his degrees over qualified him for anything available at the time. He was willing to pump gas, work as a clerk at Sears (something he had done before) or any other employment, but no one would hire him.

The house was cold, but we had a kerosene heater the four of us would hoover around to take off some of the chill. One cold morning as Stoner and I were still in bed under a pile of blankets, he turned to me and said emphatically, “God does not want us to be cold. I’m going to order heating oil today. God will provide.”

That very day when he went out to the mailbox, there was a check from a friend of ours living in Indianapolis for the exact amount of money we needed to pay for the oil. He had never given to us before and never did again. God knew our need and provided exactly what we needed.

There was one other problem we were experiencing when winter came on, and that was that we would lie in bed at night listening to rats under the house gnawing on the foundation. It sounded like they were trying to get in the house. When we mentioned it at church one Sunday, we found out that a lady in our new church worked for a pest control company. One day while we were gone somewhere we came home to find out she had been there and thrown four kinds of rat poison under the house. And that was the end of the rats!

As I write this another miracle comes to mind. We had a wonderful dog, Nikki, that we all dearly loved. She was half Miniature Schnauzer and who knows what else. Sometimes you had to spell around her to keep her from knowing what you were talking about. She loved us all the same, no favorites, and only wanted to please.

Nikki suddenly fell ill with some strange malady. She became paralyzed and could barely drag herself by her front paws. She was not able to eat and her tongue hung way out of her mouth as though she could not retract it back in. One day I was on the floor with Nikki praying for her and literally crying when someone came to our door. Hardly anyone came to our door because we lived out in the country. This person came to collect for the newspaper. When I told her what was going on, she said, “Oh, I have a friend whose dog had those very same symptoms, and got over them. They boiled some hotdogs in water and spoon-fed the dog with the broth. It fully recovered.” So that is what we did and she did recover.

A year or so later, Nikki appeared to be going blind. Her eyes looked glazed over and she clearly was not able to see as well as she had. The vet said he had only seen this condition one time. He was not able to do anything for that dog and suggested they take it to the Ohio State University Department of Veterinary Medicine. He knew what and been prescribed for that dog and wrote out a prescription for that eye salve for Nikki. He was doubtful it would work, but it was worth a try.

I put the medicine in Nikki’s eyes three times a day and always loved her and prayed for her with each application. One day a few weeks after this, we heard her barking in the back yard. We went out to see what her concern was (her barking always indicated something was wrong), and saw that she was looking up at the sky barking. As we directed our eyes to the spot she seemed to be indicating we could see a hot-air balloon way in the distance. At that point we knew she was healed.

All the things I have recounted in this article may seem to some to be too little to consider miracles; however, these are the types of things we need to notice in our lives and not attribute them to coincidence but give praise and thanks to the One who is directing our lives and providing for our every need. These experiences build our faith and over time we are able to trust God for far greater things.