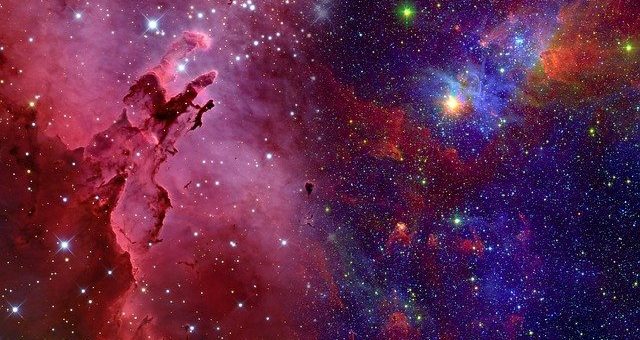 The Holy Spirit is sovereignly moving in healing power for satanically ritually abused persons in a dimension far greater than anything I have seen in my twenty-six years in this ministry. I am absolutely astounded by what I am seeing. I feel like I don’t have to do much of anything for people to get healed and delivered. Sometimes I’m not even near them when it is happening.

For example, one woman, who is MKUltra and highly programmed with many complex systems, contacted me just a few weeks ago. I’ve been ministering to her via Skype, but the Lord prepares her for ministry before we meet. She is reading my book, Spiritual Warfare in Satanic Ritual Abuse, and as she reads, the demons keep flowing out of her. When it is time for us to meet, one whole system (and sometimes more) is diffused of satanic powers and the Lord works quickly to release dissociated parts and remove whole systems—some of these systems are highly complex and contain many parts. When we meet, I invite the Lord to come minister by his presence and he goes to work. It is so amazing!

Another woman sent me a letter of what has been happening to her as she listens to my videos and reads my books. The Lord and many angels start working in her and she can see the enemy’s strongholds falling down. I have her permission to share her letter with my readers, but first I want to give my understanding of why I believe this is happening.

Reason #1: It is time. We are in the last of the last days and God wants to set his most wounded lambs free from their prisons before the most chaotic and traumatic events accelerate leading up to his second coming. Many of the nefarious plans the Satanists and many globalists have assigned for their victims will be foiled by God, ruining their carefully-laid, centuries-long plans for their takeover of the world. What they built up over centuries of abuse and technological inventions can be wiped out in minutes by our loving and powerful God.

Reason #2: God is calling me to a level of obedience beyond anything I have known in the past. I’m sure he is doing the same with others. He often wakes me up even before 2:00 a.m. and has me study his Word for several hours. This morning I studied from 2:00 to 6:00. It has been fascinating and the hours fly by quickly. Self-denial in terms of fasting from food and from entertainment among others things is being emphasized. All this increases his presence in me, and flows out as I minister. It never occurred to me that this could flow out into my videos and books of former years, but it seems to be happening.

Now to share that letter I mentioned earlier. I believe the book she refers to is Restoring Survivors of Ritual Abuse:

This morning I was praying.  Then satan showed up.   He will show up once in a while and I normally rebuke him and he leaves immediately.  This time he just stood there.

I continued to pray.  I remember in your book you mentioned gates, which I had a vision about in 1985, but had no idea what I was really seeing.  So that is where I began.  Rebuking the gatekeepers and kicking open the gates.  Those gates cannot be rebuilt.

Then, I looked over at satan and I saw two angels, on both sides of him.  He could not move.  They were making him stand and watch, as his kingdom within me was crumbling.

All day yesterday I was listening to your videos and reading your book.  It helped me a lot to hear the effects of SRA.  I found comfort and it was confirmation that my symptoms were demonic.  The book and video exposed a lot of demons.  In fact, when I could feel them moving around inside me this morning, I saw angels, lined up.  Each angel was taking hold of one and removing it from the house.

This morning, for the first time in many years I am listening to the Bible on YouTube.  I was unable to read or hear the Word, but now, I am hungry for it.  It is so precious for me to hear every single Word.

I think the most frustrating part of deliverance is to feel the joy once demons are cast out, only to see other demons manifest.  But, I will keep marching forward just because I hate satan so much and don’t want any part of his wickedness.  I want to be pure and holy for Jesus.

Thank you so much for your faithfulness!