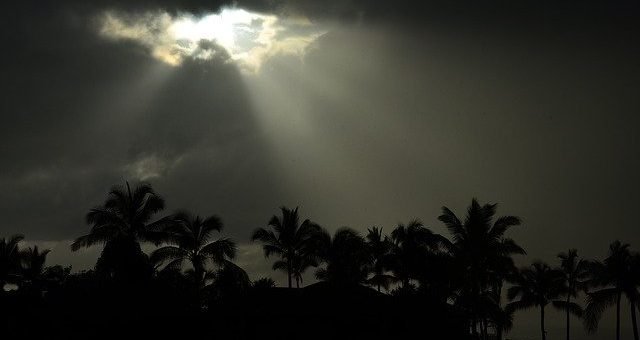 Most believers are intimately familiar with this portion of Scripture that makes up a portion of what the church refers to as “The Lord’s Prayer.” It is part of the catechism of most churches which teach its memorization and recital. Unquestionably this is a significant piece of Scripture as Jesus certainly taught it to his disciples. However, rather than intending that they memorize it for rote recital, I believe the Lord meant this to be a pattern for prayer that would guide one’s spontaneous and disciplined prayer life. In understanding this one simply needs to question each phrase of the prayer to ascertain just what Jesus was eliciting from the hearts of those praying.

Surely biblical passages related to the Kingdom of God are important fare for our attention these days given the dire conditions of our nation and the world and the very strong sense that we are living in the last days. If God is going to establish his kingdom on earth as it is in heaven and the saints of God are going to reign in it, then it behooves all serious believers to understand what is involved in being part of that scenario. I believe Christians are on dangerous ground when they simply make broad assumptions regarding their place in God’s dealings. I despise catch-all salvation theology that treats one’s confession in Christ as a punched ticket for a heaven bound train. Too much of what passes for biblical regeneration these days lacks any serious accountability and fails to call those confessing Christ into a faithful walk of obedience and the transformational life in him.

I recall from my early training in the church how leaders placed great stress on ensuring new converts had the “assurance” of their salvation. This principally meant arming neophyte Christians with select Scriptures designed to convince them of the legitimacy of their newly found faith in Christ and to equip them to fend off those destructive doubts from the evil one. Later I began to question the wisdom of this approach as it appeared to place a greater emphasis on mind control than on finding one’s assurance in something more spiritually substantive. I came to believe that one’s “assurance” wasn’t something to be sought after but rather was something that materialized naturally out of one’s faith and obedience in following Christ. It appeared to me that stressing practical daily following of Christ was more critical to one’s sense of assurance in the faith than learning pertinent proof texts.

Applying similar thinking to our focus on the coming Kingdom of God, I am not interested in simply proof-texting my status in said kingdom. I want to understand where Jesus’ teaching on this matter was really going and make sure that I am cooperating with his intent. It is too often the case that in seeking to interpret Scripture that persons tend to see the understanding as remote from themselves. In reality, we should practice reading the Word with a bent toward seeking its application in our personal lives. We might choose to ask the question when reading Scripture, “How will I be different today because of what I just read?” Scripture always demands a verdict. We cannot simply read the Bible informationally but must choose to read transformationally.

When we are instructed to pray that God’s Kingdom come on earth as it is in heaven, we must place ourselves into the narrative being developed. In a very real sense, Jesus is inviting us to participate in an event, a happening that will equal or transcend any previous occurrence in the history of mankind. Everything that Christ accomplished through his birth, life, death and resurrection was preliminary and preparatory for the fullness of the coming Kingdom of God on earth as it is in heaven. If all of this is true, then I need to know what my part and responsibility is in cooperating with God’s eternal plan. Praying for God’s Kingdom to come on earth means examining my own life—as per Paul’s direction—to see that I am in the faith. Simply assuming I will be automatically included in God’s eschatological dealings based on a confession of faith in Christ is to dangerously skate on thin spiritual ice. Following Jesus’ injunction to pray in this manner means actively walking out the transformational life in Christ. It means being devoted to a life pursuit of God in a manner that leads to one’s growing up into the full stature in Christ. In praying this one portion of the Lord’s Prayer, we need to explore daily in just what manner God would want to bring his Kingdom forth in greater measure in our lives. This should be understood to connote becoming more than doing. The more Christ’s life is formed in us, the more the Kingdom is coming on earth.

In a graveyard in Flossenburg, Germany stands a simple, unpretentious marker with a brief inscription which includes, “…a witness of Jesus Christ among his brethren…” The stone was placed there by the pastors of Bavaria in recognition of a renowned teacher, pastor, theologian and author cruelly snuffed out at the hands of the Nazis just prior to the end of WWII. Of all the elegant and legitimate accolades and descriptions that could have been chosen to set a man in remembrance, they chose this abbreviated phrase to consecrate his memory. The man they so honored was Dietrich Bonhoeffer who—against the counsel of those who loved him—chose to live out the reality of the truths he so wonderfully taught.

Bonhoeffer stood outwardly opposed to the institutional church of his day which had acquiesced to Adolph Hitler, the newly aspiring leader and soon to be dictator of Germany. Bonhoeffer could easily have found safe refuge in England or America but chose rather to lead and serve the Confessing Church and participate in the Resistance. For Bonheoffer, faith meant living out ones daily life in congruence with the mind and heart of Christ whatever the cost. Six years prior to his imprisonment by the Nazis he had written, “When Christ calls a man, he bids him come and die.” The last recorded words of this humble servant as they came to lead him to the gallows were simple, “This is the end, but for me it is the beginning of life.”

It is in this spirit that we must contemplate the significance of not just what Jesus taught us to pray but how he taught us to pray. It is easy for us to sit and visualize what it might be like as God’s Kingdom comes forth and how wonderful it would be to participate in that. It is much more demanding to scrupulously work out just how we should live out the mandates of Scripture daily in order to ensure our being part of that company that will rule and reign with Christ in his Kingdom.