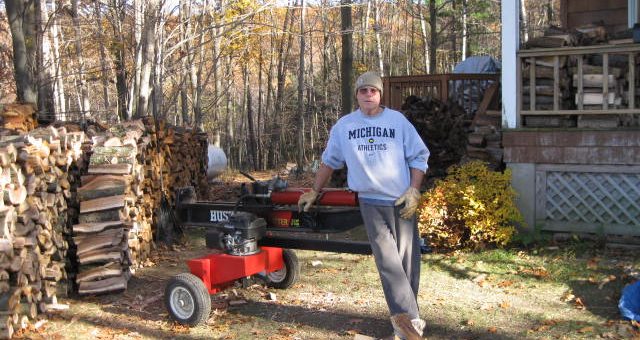 Dr. F. Stoner Clark: The Man and His Message

(This is a continuation of my article introducing my husband. This is the second half of his message as he has written it.)

In reality, there are not just the two scenarios I briefly described but actually three. In addition to the false picture being portrayed by our government and the mostly unperceived true conditions existing in our temporal life circumstances, there is the absolute spiritual reality of the Kingdom of God. The Kingdom—God’s rule and reign, his eternal purpose and ongoing activities—is not subject to natural observation but is an inner reality known only through spiritual discernment.

The invisible nature of the Kingdom notwithstanding, its essence as described above will always prevail. God’s eternal purposes can neither be thwarted nor defeated and will always come to fruition. So to summarize our perspective on life we have in essence three considerations—the true facts and conditions currently existing, an illusion of conditions projecting peace and prosperity and the overarching Kingdom of God under which all life will ultimately come into submission.

If the church today has any aspiration or hope of being the testimony and light in the world that God always intended it be, it must start with an honest assessment of itself and of the world in which it dwells. If Christians choose to walk in the same deceptions occupying those in the world, they will be rendered spiritually impotent conveying an innocuous message incapable of reproducing the life of Christ in others. The greatest deceptions confronting the church today are far graver than embracing a false world view; the greatest deceptions involve how the church perceives and understands itself along with God’s eternal purpose and consequently determining its function in a fallen world.

The problem so often in addressing the true reality of things is that in doing so one can be perceived as sounding incredibly negative. Most people by nature do not want to hear what is wrong with something; they just want to be reassured that all is well and go on living in their micro-cosmic world of denial effectively isolated and insulated from the greater meta-narrative of life. Unfortunately, it is difficult—if not impossible—to authentically know one’s true circumstances apart from contextualizing them within some greater perspective. As much as I might want to ignore the reality of what transpired at Fukushima, the consequences of that mega-disaster could ultimately touch my life in a negative manner. Pretending it doesn’t exist might make me feel better initially but ultimately I would be forfeiting any options I might have for protecting myself from its aftermath. The point here is that the most honest understanding of my circumstances can only be known within the larger context of what transpires around me.

Perceiving my immediate circumstances within the larger context of life needs to be married to a biblical or eternal world view. This means couching everything within the overarching story of God’s eternal purpose. Failing this I am condemned to evaluate all life situations, events and happenings in terms of “good” and “bad.” Without the greater context of God’s purpose I would summarily assign some degree of good or bad to whatever is happening in my life. However, by subsuming all things under the greater story of God’s eternal narrative, the daily goings on of life are required to assume their meaning in light of God’s eternal purpose and how that affects my relationship with Him. Happenings in this scenario then are no longer evaluated as good or bad but rather as spiritual stimuli awaiting faithful responses from me.

In seeking to understand life today on planet earth and more particularly life as we perceive it here in the USA, it is imperative that one expand their diet of news sources beyond the mainstream media. It is tragic beyond measure that media in this country that began with the noble practice of authentic journalism have been bastardized to the extent they have morphed from their original role of government watchdog into their current role of government lapdog. In referring to the checks and balances constitutionally built into our system of government, the press was once thought of as being the fourth branch of government.

Today the mainstream media are the unofficial voice for a puppet government, corporate elitists and global banksters. Recent figures indicate that all mainline media are controlled by only six mega corporations. This explains why—by any sampling of mainstream media—one discovers virtually the same stories being proffered in most all MSM outlets. Any thinking person with two active brain cells should be asking why we are inundated for days on end with accounts of Bruce/Caitlyn Jenner trivia while research and reporting on globally significant activity such as geo-engineering—specifically the work of HAARP and the practice of chem-trailing—is completely buried.

In the beginning, journalism stood for independent research, independent thinking and independent reporting. Today it is difficult to find within the MSM stories that have not been editorialized, agendized and politicized. Original journalism presented honest findings that encouraged and allowed readers/hearers to come to their own conclusions. It requires diligent effort to provide an account of an event or happening free of prejudice and bias. It is fairly easy to create a story loaded with one’s own opinions, partialities and perceptions designed to prejudice others toward the sharer’s viewpoint.

In my opinion, if one is sincere in wanting to generate an honest rendering of what is transpiring throughout our nation and the world, it will be necessary to eschew all media sources serving as the administration and corporate mouthpieces. Thanks to the Internet—at least at present—there are many legitimate sources of real news, authentic reporting and honest accounts to look into. These sources are usually referred to as “alternative news.” Although these sources are generally outside the MSM it is still necessary to be judicious in selecting what one reads and believes since misleading data can be found at times even among the alternative media. When discovering unusual stories—that which generally goes unreported in MSM—one should still seek collaborative accounts to increase the opportunity of authenticity of those stories.

Failing an accurate and honest perception of life in the world as it really is, the church is palpably handicapped in rendering to believers prophetic and encouraging hope and direction for their spiritual equipping. The same is also true in terms of discerning the actual spiritual disposition of the church. Most people today are living in a fog, clueless as to what is really going on in their nation and the world in general. People are principally engaged in carving out for themselves the most successful and fulfilling lives they can. Their focus is basically entirely temporal in nature. Unfortunately, the mindset in the church differs little from the world. Too many Christians are treating salvation as simply having their ticket punched for heaven and then pursuing for themselves the best life they can in this world. Although most Christians attempt to live upright and moral lives, they tend to be more concerned with temporal living than the realities of the Kingdom of God. In this sense it appears most Christians are living in just as much a spiritual fog as those in the world.

The message of the church should always be geared toward opening the eyes of the saints and calling them into the fullness of all Christ died to make available to them. The fullness of what Jesus’ death and resurrection means can never be treated as selective or optional. It must be embraced as that which ultimately fulfills the eternal heart of Father God.

In the first several hundred years of the church, believers were principally concerned with the second coming of Christ. They expected his imminent return and therefore lived their lives in a manner consistent with that mindset. Holding this viewpoint kept early believers fully engaged in pursuing the full stature life in Christ and consequently modeling his life to a lost world. Expectation of Christ’s imminent return was no invitation for spiritual sloth for them. Rather, it spurred them on to ensure they were going to access the ultimate eternal life offered to them.

Truth be known, churches today that come close to replicating the focus, function and form of the early church are an anomaly and are summarily held by mainline institutionalized churches as aberrations of the faith. The church’s focus is its vision or revelation of what it understands to be God’s eternal purpose and intent for man. It seeks to answer the question of what this grand experiment is all about. What is God’s ultimate intention regarding man? The church’s function has to do with how the church conduct’s itself in light of God’s ultimate purpose. Do the day to day activities, workings and conduct of the church reflect its commitment to God’s eternal plan? The church’s form has to do with the structure it adopts to enable its proper functioning toward fulfilling God’s ultimate intention.

Seeing the church through the prism of its focus, function and form allows one to evaluate its biblical and theological integrity and determine its authenticity in God’s sight.

Things revered and practiced in the church today that never existed in the early church:

Why do people deny the obvious? Why do they defend the indefensible? Why do people fill their lives with innocuous activities while ignoring the existence of life altering realities all around them? The answer: people usually default to and defend the highest reality they hold. When the truth you hold is anything less than the ultimate truth you are condemned to failure. Shamefully, we live in a very dumbed-down society where people’s interests, perspectives and understandings are narrow, limited and contrived. From the revisionism of our educational system to the journalistically corrupted main-stream media persons are consistently misinformed, misdirected and exploited. Factor into this malaise an institutionalized church filled with biblically illiterate followers who have long ago abandoned the scriptural beliefs and practices that would bring salt and light to a dying world.

Anything short of fully embracing and following God’s ultimate purpose for all of creation is going to end disastrously.