“We have met the enemy and he is us” 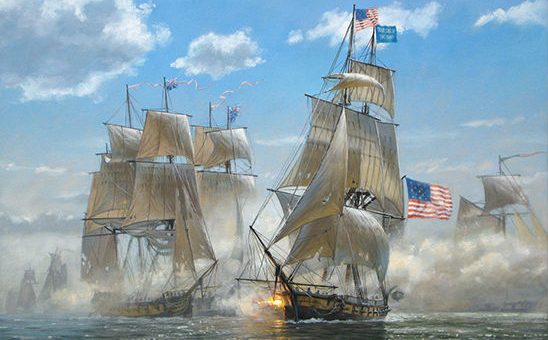 The title of this article is borrowed from a Walt Kelly Pogo cartoon strip and simply implies that we can easily be our own worst enemy. Kelly’s statement is actually a parody on Admiral Parry’s message to General Harrison during the War of 1812 where the US Navy defeated the British Navy in the Battle of Lake Erie. Parry’s message was, “We have met the enemy and they are ours.” Kelly also used his parody on a famous Earth Day poster depicting gross pollution, a problem created entirely through man’s own ineptness.

I use this illustration for its incredible relevance for Christians today who are woefully and sometimes willfully oblivious to how their behavior so often plays directly into the schemes of the enemy. Satan’s determined effort is to deny God His kingdom on earth as it is in heaven and his modus operandi is to neutralize the church by spiritually impoverishing believers one by one. We must fully come to grips with the reality that we are in a war whether or not we want one or even choose to recognize one exists. The arch enemy of our souls never rests and never misses an opportunity to subvert God’s eternal aspirations. That means Satan is operating 24/7 to interdict your relationship with God and draw you into abject apostasy.

It may surprise many to discover how often warfare terms are used in the New Testament. The word “war” is found 15 times. Words such as “fight” and “enemy” are used 11 times each and “adversary” is found 6 times. Although the word “contend” is used only once, its first meaning is to contend as a combatant. I believe these kinds of terms are used so often that we might grasp the seriousness of the opposition we are encountering as followers of Christ. Beside the militaristic terms found in the Bible, we also recognize how often Paul employed athletic analogies in defining the struggle and endurance necessary to live a successful Christian life.

Understandably many believers are averse to thinking about their Christian experience in terms of warfare. Most of us by nature would do most anything to avoid conflict and embrace peace. However, the ruler of this world, the god of this age, the prince of the power of the air, the one who came to kill, steal and destroy cares little about our proclivity for serenity and remains adamantly determined to deny us the inheritance in Christ God has offered us.

Fortunately, the warfare we are drawn into by virtue of our relationship with Jesus, is not conducted on the typical battlefield using conventional weapons. Rather, it is a type of spiritually asymmetric warfare in which the enemies’ attacks are countered in the heavenlies.

For though we walk in the flesh, we do not war after the flesh: (For the weapons of our warfare are not carnal, but mighty through God to the pulling down of strong holds;) Casting down imaginations, and every high thing that exalteth itself against the knowledge of God, and bringing into captivity every thought to the obedience of Christ…(2 Cor 10:3-5 KJV).

Therefore, hate is countered with love, rebellion is opposed through submission, idolatry is neutralized through dying to self, deception is defeated by truth. In other words, our warfare is basically carried out by simply following Jesus, by imitating his life, employing his teachings and through being conformed to his image. A summary of this warfare is found in Paul’s letter to Rome:

Understanding biblical warfare is one thing but successfully carrying it out is entirely another matter. Although in our minds we readily accept and believe a priori the biblical premise of spiritual warfare, in reality we so often find ourselves enmeshed on a different level. At risk of over simplification, I offer this analogy. If person “A” attacks me, what sense does it make to take my fight to person “B”? However, that is exactly what we find ourselves doing when we react, resent, oppose and retaliate against other humans when all the time it is the arch enemy of our souls that is responsible for the encounter. Sometimes I think of the 1970’s drama-comedy entitled, Suppose They Gave a War and Nobody Came. How often when conflict comes do we fail to show up for the real war? Are we in fact guilty at times of being our own worst enemy?

Satan is known by various titles in Scripture. He is a liar and the father of lies. He was a murderer from the beginning. He is the accuser of the brethren. He is the ruler of this world and the god of this age. But before all of that, he was a deceiver. Of all the descriptors applied to Satan, it is his activity in the role of a deceiver that seems to most often falsely entangle us in his dastardly schemes. Paul warned his protégé Timothy that deceptive activity would grow continually worse. Interestingly, Satan was in this very role in the garden when he engineered the fall of man.

But evil men and impostors will grow worse and worse, deceiving and being deceived
(2 Tim 3:13 NKJV).

Sun Tzu, a Chinese general, strategist and philosopher who lived five centuries before Christ, had an interesting observation regarding the significance of knowing one’s enemy.

It is my observation with over 45 years in pastoral ministry that many Christians are guilty of knowing neither their enemy nor themselves. This is particularly tragic when it is taking place in the body of Christ. One of the fundamental roles of the church is to demonstrate the true nature of God to the rest of the world. This was always the Lord’s goal when he covenanted with Abraham promising to create through him an entire nation.

And the LORD said, Shall I hide from Abraham that thing which I do; Seeing that Abraham shall surely become a great and mighty nation, and all the nations of the earth shall be blessed in him (Gen 18:17,18 KJV)?

With all the evil Satan wants to perpetrate, his principal tactic in doing so is the use of deception. Amazingly, his greatest deception may be in how he has convinced many confessing Christians that he doesn’t even exist! Where this is true, I believe this tends to be more of an implicit and tacit belief which is rarely verbalized. However, the ultimate damage this unbelief or false belief unleashes is still very real. Even among those with a biblical view of the supernatural there is still a tendency to focus more on the human element in dealing with conflicts. As long as the enemy can function from cover, he remains unassailable. As long as Satan can convince us to put our focus on one another and allow ourselves to become ensnared in nonconsequential issues, he will successfully kill, steal and destroy.

Maybe the greatest area of dispute among Christians is over doctrinal issues. This is probably the reason we have seen such an incredible propagation of denominations. It is nearly impossible to ascertain the current number of denominations around the world but it likely runs in the hundreds for sure. I wouldn’t know how to calculate the spiritual impotence created by this kind of divisiveness but am sure it is immeasurable. The outward appearance of multiple denominations in any given local community may seem innocuous to most, but the loss of spiritual power in the heavenlies is incalculable. I once served a non-affiliated church in an Indiana farming community where the town had a population of 600 people. There were no less than five churches in that little town! In essence these five churches were competing for followership from this sparse community. In the first century, the church was known by its location. Regardless of how many believers there were in any given location and regardless of how many different sites they met at, there was only one church in that place. Hence, Paul’s epistles were addressed to the church at Corinth, Philippi, Ephesus, etc. When God looks at this world, he sees only one church!

In all my years of ministry which include two major denominations plus non-affiliated churches, I have yet to serve a church that did not experience serious internal struggles and conflicts. My goal was always to use these situations as opportunities to bring followers more into the image of Christ. It’s called church discipline. However, my success rate in following this tactic may have been around 10%. More often than not my efforts resulted in multiple persons leaving the fellowship and likely being gladly received into another church down the street no questions asked. Tragically, there are usually far more issues hidden from public view operating beneath the surface where the spiritual damage is done but the evidence remains mostly hidden.

So, what is it that seems to cause us to take issue with one another especially within the body of Christ? Most people seem to have somewhat of a symbiotic proclivity; most of us tend to hang out with others who are most like ourselves. However, when you begin to get into beliefs, traditions and religious practices, you are treading on sensitive ground for a lot of Christians. I am not speaking here of our core Christian beliefs but rather of those areas of the faith which are not so specifically defined, what Jesus ran into with the Scribes and Pharisees when they elevated their traditions over the word of God. Are we guilty of violating Jesus’ prayer for unity defending some religious tradition or practice that has no firm grounding in Scripture?

Are the so-called denominational distinctives which have proliferated all these different movements defensible biblically? When Jesus returns, will he honor and credence those beliefs and practices which have brought such schism to his church? Will we find ourselves in good stead with Christ on his return having ignored his command for unity?

Make every effort to keep the unity of the Spirit through the bond of peace (Eph 4:3 NIV).

The true church of Jesus Christ is a spiritual reality inhabited by those who are entirely sold out to following him regardless of the cost. It is not distinguished by particular buildings, rituals or denominational distinctives. The church Jesus is coming for is not married to the government through a 501c3 tax exempt status and is therefore free to proclaim the full message of this new life. Like the Revelation church of Philadelphia, it is known for the mutual love of the brethren. Real believers know who their real adversary is and are not beguiled into focusing their angst on other persons. When authentic followers of Christ enter the fray, their mantra won’t be that of a cartoon character called Pogo. It will be Admiral Parry’s victorious declaration…

We have met the enemy and he is ours.